On May 24, 1812, Henry Crabb Robinson describes "a very interesting day" where, at half-past ten, he meets William Wordsworth on Oxford Road and they walk into the fields in Hampstead Heath. They talk of Lord Byron. Wordsworth allows him power, but denies his style to be English. Of his moral qualities Robinson and Wordsworth "thought the same" which was not favourable. Wordsworth comments that he believes that insanity runs in Lord Byron's family, and that he believes that Lord Byron is "somewhat cracked". 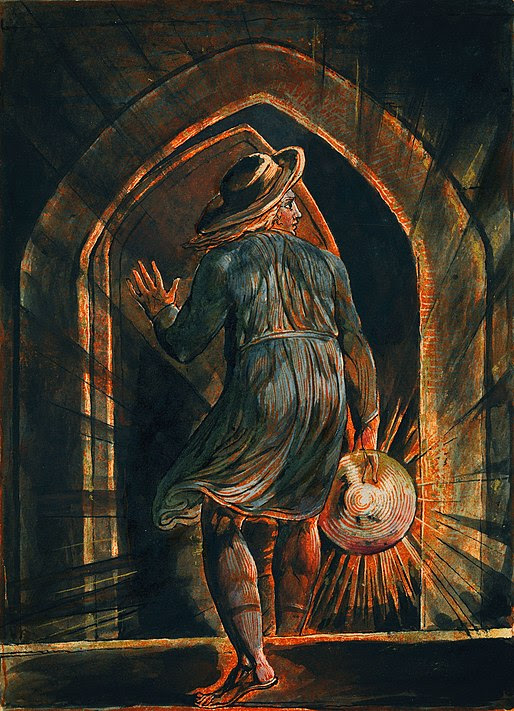 Robinson next reads to Wordsworth some of William Blake's poems. Wordsworth is "pleased" with some of them, and regards "Blake as having in him the elements of poetry a thousand times more than either Byron or Scott."  No mention is made of Blake's paintings and prints. In 1812, Blake is one of fourteen members of the Water Colour Society. He has some paintings showing in the society's rooms on Bond Street. The pictures included some temperas and some pages of Jerusalem. 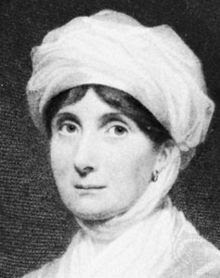 The walking companions then meet Miss Joanna Baillie, a well known poet and playwright, and accompany her home. Robinson and Wordsworth both admire her. They praise her in lofty if in a somewhat condescending manner. Robinson writes: "She has none of the unpleasant airs too common to literary ladies. Her conversation is sensible. She possesses apparently considerable information, is prompt without being forward, and has a fixed judgment of her own, without any disposition to force it on others". Wordsworth says of her with warmth, " If I had to present any one to a foreigner as a model of an English gentlewoman, it would be Joanna Baillie."


Wordsworth may also have talked of Robert Southey that day. Robinson writes:

Wordsworth when alone, speaking of Southey, said, "he is one of the cleverest men that is now living." At the same time he justly denied him ideality in his works." He never enquires," says Wordsworth, "On what idea his poem is to be wrought; what feeling or passion is to be excited; but he determines on a subject and then reads a great deal, and combines and connects industriously, but he does not give anything which impresses the mind strongly and is recollected in solitude."

The excerpt from Robinson's diary is reproduced below.

May 24th. — A very interesting day. At half-past ten joined Wordsworth in Oxford Road; we then got  into the fields, and walked to Hampstead. I read to him a number of Blake's poems, with some of which he was pleased. He regarded Blake as having m him the elements of poetry much more than either Byron or Scott. We met Miss Joanna Baillie, and accompanied her home. She is small in figure, and her gait is mean and shuffling, but her manners are those of a well-bred woman. She has none of the unpleasant airs too common to literary ladies. Her conversation is sensible. he possesses apparently considerable information, is prompt without being forward, and has a fixed judgment of her own, without any disposition to force it on others".  Wordsworth said of her with warmth, "If I had to present any one to a foreigner as a model of an English gentlewoman, it would be Joanna Baillie."

Notes
The information above is taken from the longer excerpts from Robinson's diary and can be found here.  The images are taken from Wikipedia, including the first page of Blake's Jerusalem.