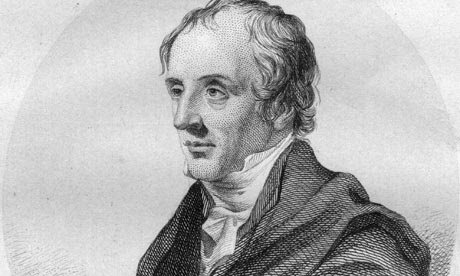 "After mature consideration, I have resolved to trust to the first feelings excited by your letter; these were rather to owe any addition to my income required by me to your friendship than to the Government, or to any other quarter where it was not in my power to return what, in the common sentiments of men, would be deemed an equivalent. Asking permission therefore to retract my former determination, which I am encouraged to do by the personal intercourse, and marks of regard with which you have since distinguished me, and by the inscrutable delicacy of your last letter, I feel no scruple in saying that I shall with pride and pleasure accept annually the sum offered by your lordship until the office has become vacant, or some other change takes place in my circumstances, which might render it unnecessary. I cannot forbear to add that I feel more satisfaction from this decision, because my opinions would not lead me to decline accepting a pension from Government on the ground that literary men make some sacrifice of independence by such acceptance, and are consequently degraded. The constitution gives to the crown this power of rewarding acknowledged ability, and it is not possible to imagine a more worthy employment of a certain portion of the revenue. But it seems to me that the provisions made by our Government for the support of literature are far too scanty, and in this respect our practice is much inferior to that of other countries, where talents of importance to mankind and to posterity — but which from that very cause can bring little emolument to the possessor of them, and which demand all the thought of all his life — are undoubtedly (where they are understood) fostered and honoured, even as a point of pride.

This is the case in Germany, and in France. . . . Now, as to the general question, it may be laid down as undeniable, that if to bestow be a duty (and an honourable duty), to accept cannot be otherwise than honourable, . . . "


— William Wordsworth, at Grasmere, writes to Lord Lonsdale on December  27, 1812. His children, including Willy, are recovering from the measles, but the grief of the death of Catherine and Thomas is still overwhelming. Needing to support his family, Wordsworth surrenders and accepts the annuity of £100 pounds a year from Lord Lonsdale.