On December 4 1812, President Madison writes to acknowledge the letter of resignation from his Secretary of War received yesterday. Eustis had written:

The constitution of the War Department as well as that of the military force rendered the duties of the Secretary of that department necessarily arduous during a time of peace. When war was declared the augmentation of duty, the great responsibility attached to the department, together with a belief that some other citizen might be selected, possessing greater military knowlege and commanding in a higher degree the public confidence, induces me to propose to retire from office. These considerations operating on my mind with increased force at this time have determined me again to tender my resignation in the hope that advantages may be derived to the public service, and that the interests of our common country may be advanced.

With best wishes for the prosperity of your administration and with the highest personal respect, I have the honor to remain your most obedient and humble Servant


Dear Sir,—I have received your letter of yesterday, with the impressions which could not but result from your purpose of retiring from an office so nearly related to that which has been entrusted to me, in which your services have been coeval with mine, and in which I have witnessed the zeal and constancy of your exertions for the public good under difficulties peculiarly arduous and trying. In bearing this testimony, I indulge my own feelings as well as pay a tribute which is so justly due. I take the liberty of adding a hope that it will not be inconsistent with your arrangements to continue your official attentions until they can be replaced by a successor. I thank you for the kind wishes you have expressed, and I offer you the best of mine for your welfare and happiness. 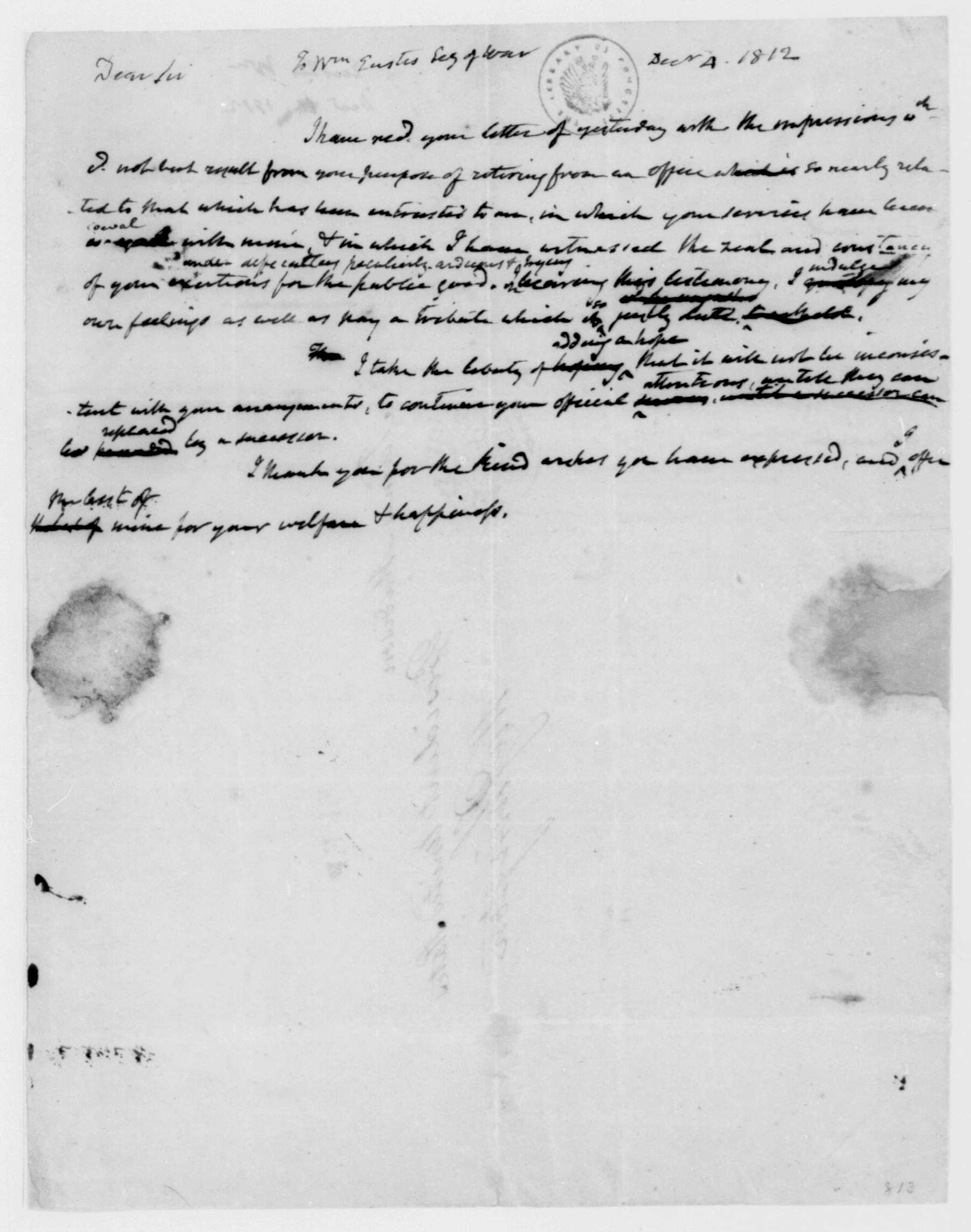