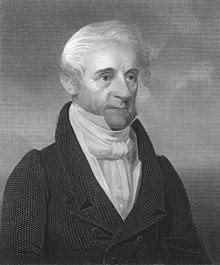 On September 11, 1812, Colonel Van Rensselaer writes to General Lewis  to describe the general partisan dissension among the troops in Lewiston. He writes: "Since the Surrender of General Hull, it has been the Study of John C. Spencer, Col. Brooks, Q. Mr. General Porter and Several others to cause confusion and distrust among the Troops on this Frontier to answer party purposes against the Commander."  Rensselaer's letter is reproduced below.

My Dear Sir- To you I am fully persuaded I can write with Confidence on the State of affairs in this quarter, and if you think the Interest of the Service will be promoted by a disclosure of my name, you are at liberty to make any use of it you please, whatever inconvenience it may put me to, for I Shall State Facts and those only.

Since the Surrender of General Hull, it has been the Study of John C. Spencer, Col. Brooks, Q. Mr. General Porter and Several others to cause confusion and distrust among the Troops on this Frontier to answer party purposes against the Commander. They have so far succeeded in the Camp and the Country, that in the former it is only whispered, but in the Latter it is openly said, that Gen. Van Rensselaer is a traitor to his Country and the Surrender of the Army when it crosses the River is the price of his Infamy. Honest and Honorable men must regret this depravity in human nature; those scoundrels know better, and you and I know that a more Honest man does not exist; and one who has the Interest of his Country more at heart. But with all his amiable qualities, his usefulness here in my opinion is destroyed; by this unjust and unwarrantable jealousy. He cannot enforce that Subordination which is so necessary to the safety and glory of the Troops he Commands. If Gen. Armstrong or any other man of the same politics with the Government did Command here, this difficulty would be Removed; there is a field of glory in view for any man of Ambition, which Gen. V. R. as well as myself would regret to forego, if Necesity did not Compel us, it would be well if Gen. Dearborn could with propriety remove him to New York or some other place, where his services may be equal to his Sacrifices in private life. We are Encamped at this place with two Regiments of Militia, to guard the most important pass on the river. Col. Fenwick with the Regular troops in and about Fort Niagara. Col. Blooms, lately come on, at Niagara Falls and Col. Swifts at Black Rock.

The whole effective force of Militia including Officers you will find by the within return amounts to 1633 fit for duty. We are in want of almost every thing. Our Quarter Master Peter B. Porter is speculating and attending to mischief and his private affairs; he speaks in very disrespectful terms of Mr. Madison, and trys to impress on the minds of the people the necessity of a change of men. But notwithstanding these discouraging prospects, we shall do what men under these Circumstances can. A strong Battery has been thrown up a mile above Fort Niagara, and immediately opposite Fort George, in which the four heavy cannon have been placed, and contrary to the opinion of Col. Fenwick when he first came on, we will attempt to maintain the Fort which will be all important to our future operations. The roof has been taken from a large stone house and on the third floor two twelve pounders and a howitzer placed. This battery Commands Fort George and four Batteries in its vicinity; and if a parapet of earth well rammed, on the inside of the two and half feet stone wall was thrown up, it might bid defiance to the enemy, but unfortunately Col. Fenwick and Capt. Leonard are too much addicted to liquor to attend to this duty as they should, and if they were removed from this Command, it would give rise to much greater dissensions. Besides we have no one as fit for this all important service as Col. Fenwick, if he was at all times himself. Last Tuesday at 12 o'clock the Armistice ceased, on which, we supposed that the enemy would open their Batteries of at least fifty pieces on our lines. Gen. Van Rensselaer continued here in order to move the Troops to any point that might be attacked, while I went to the Garrison below. I found on my arrival all in confusion. I immediately ordered a strong detachment to clear a Battery in the Stone house, while others were dismounting the two twelves and a Howitzer, and getting them on the platform, to the Command of which Capt. Leonard's Company was assigned. The two Block houses, in each of which are Six pounders, Capt. McKeon's Company was to Defend. All this was accomplished by twelve, at that hour our works, as well as the British, were manned, the Matches burning and I expected every moment to see the Rafters of the old mess-house knocked about my head, but I was disappointed and we have been ever since in peace and preparing, with little trouble to make it as strong as any work can be, and ready for action. I inclose the last Buffalo paper. I have the honor to be