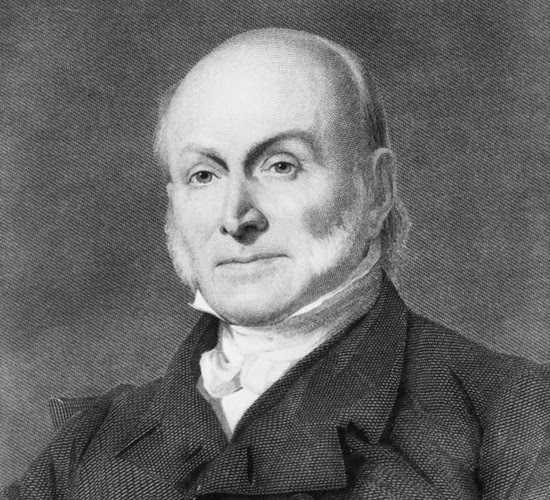 On September 29, 1812, John Quincy Adams, the American Ambassador in St Petersburg, asks Mr. Laval what was the the cause of the war with France and is told:


"...women! women! women! Women had been the cause of all the late disastrous wars against France. It was unquestionably the late Queen of Prussia who had caused the Prussian war; it was the late Empress of Austria who had produced the last Austrian war; and it was the Grand Duchess Catherine who had occasioned the present war.

Adam's entry in his diary is reproduced below.

29th. I dined with Mr. Smith at Mr. Harris's. The company consisted of Mr. Laval, Mr. Labensky, the late Russian Consul-General in France, the Abbe, and Mr. Rapatel, formerly an aid-de-camp of General Moreau, lately arrived from America. He has entered the Russian service, and said he should '' endosser I'uniforme" to-morrow, and go to join the army in about eight days. At table he talked much and without reserve. Speaking of the Prince Royal of Sweden, Bernadotte, he said, '' Il a une belle haine pour le monstre ; et je le sais deja depuis douze ans." He added that the same Bernadotte, whom he saw a few weeks since, at Stockholm, on his way here, said to him, " C'est moi qui ai etc le premier a lever I'tendard contre ce coquin la." Mr. Laval asked him how it happened that the French Charge d'Afffaires remained at Stockholm. He said he did not know ; "mais c'est un imbecile," which he certainly is not. This Mr. Rapatel is supposed to be here with a view to obtain the employment of General Moreau in the Russian service. He spoke of the General's remaining in America as an uncertainty, saying, if he remained there, he would probably build again his house at Morrisville, which was burnt down last winter.'

After dinner I had some conversation with Mr. Laval. He is going, with his family, and Princess Beloselsky and hers, to Sweden; He told me that since the loss of Moscow the very idea of negotiating for peace was offensive to the Emperor, and so it would continue, unless his army should be defeated, which it has not yet been. If they should be victorious, the perseverance in the war would follow of course. But in case of one or two defeats, and one would probably produce two, the change of sentiment and of policy might be very sudden and complete, and the desire for peace as strong as the aversion to it now. I asked him if he could tell me why the war was commenced. He said, women ! women ! women ! Women had been the cause of all the late disastrous wars against France. It was unquestionably the late Queen of Prussia who had caused the Prussian war ; it was the late Empress of Austria who had produced the last Austrian war ; and it was the Grand Duchess Catherine who had occasioned the present war. I asked him how it was possible that the proposition should have been made to France to with draw all the French troops behind the Elbe as an indispensable preliminary to negotiation. Because, said he, it was feared that a more moderate proposal would have been accepted. I said I had very much feared that such was the fact, and I was sorry to have it confirmed by him. He said that when the Emperor left this city for Wilna he intended and expected to have preserved the peace; but when he got to Wilna, General Barclay de Tolly laid before him a long roll of the troops that had been assembled, and of the preparations of all kinds for the war. An extraordinary confidence in his own power and resources was the first effect upon the Emperor's mind. Then it happened that just at that moment General Armfeldt had acquired a momentary influence (he had none now), which he had used to stimulate and incense, and he had been a mere instrument of the Grand Duchess Catherine. Then, unfortunately, Napoleon had sent to Wilna the Count Narbonne, an old courtier of the old French monarchy under Louis XVI. It would have been better to accomplish the purpose of preserving peace if he had sent a corporal. The very politeness and courtly formalities of Narbonne were taken as evidence that Napoleon was overawed by the greatness of the Russian force, afraid and unable to begin the war. The spirit of exultation was at its height, and in the first twenty-four hours Narbonne was convert de ridicules, and dis missed. Mr. Laval further told me in confidence that they gave out they were going to England, but they should probably not go farther than Sweden. At the times that might be approaching he had many motives for wishing to be absent. He said if the Court should leave this place, which they would certainly do as late as possible, and for which he thought there was even yet no determinate plan, he supposed that I should be left at my option either to follow the Court or to remain here. But he spoke without any knowledge of what was intended ; it was merely his own conjecture. He asked me to call upon him tomorrow and look at a fine picture of Claude which he has lately purchased and will pack up in a few days. I promised him I would. The occupation of Moscow by the French is at length officially announced by a report from Prince Koutouzof, and by a proclamation of the Government. It is attenuated into a circumstance of trifling importance as to the ultimate issue of the war.
Posted by FAASouza