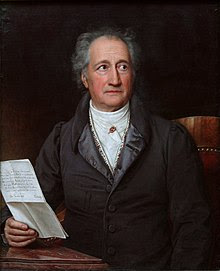 Carlsbad, 2nd September, 1812
.... I MADE Beethoven's acquaintance in Teplitz. His talent astounded me; but unfortunately, his natural temperament is wholly uncontrolled, and although, indeed, not at all wrong in thinking the world detestable, still, in so doing, he does not make it pleasanter, either for himself or for others. However, he is greatly to be excused, and much to be pitied, for he is losing his hearing, which per- haps affects the musical, less than the social part of his being. As it is, he is laconic by nature, and is now be-coming doubly so through this defect. And now a hearty farewell !
G.