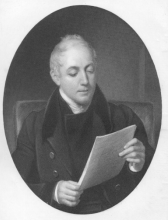 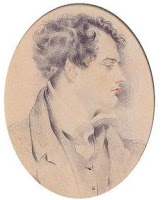 On November 4 , 1812, John Murray, writes to Lord Byron about a number of things including the continuing reaction to the Address for the Opening of Drury Lane Theatre. Murray describes Byron's critics as Ragamuffins. He writes:

My Lord - I had the pleasure of receiving your obliging letter, dated the 23rd but was unwilling to intrude an answer upon you until something important should cast up – and the occasioned is now furnished, by the tremendous “Critique upon Lord Byrons Address” which I have the honour to inclose, under this and another cover – Your Lordship declined writing the address originally, because “you would not contend with all Grub Street” – but you did not suspect, at that time, that success would induce all Grub Street to contend against you – but this is the present state of the war – Your Lordship will have seen by the Chronicle of today & yesterday that it is in contemplation to collect & publish in one volume the whole of the rejected addresses – which would be an excellent subject of  fun for an article in the Review, and Mr G would I think join forces with you –


I shall be careful to give your Lordship full notice of the new edition of Childe Harold – which has been very much assisted in sale by the admiration forced from the Ragamuffins who are abusing the Address – – I would be delighted, if your Lordship had a new Poem ready for publication a about the same time that Walter Scott is expected – but I will sacrifice my right arm (your Lordships friendship) rather than publish any poem not equal to Childe Harold without a conscriptive Command – like that which I lately executed in committing your Lordships Portrait to the Flames, but I had some consolation in seeing it ascend in sparkling brilliancy to Parnassus  Neither I, nor Mr Gifford, I can venture to assure you, upon honour, have any notion who the author of the admirable article on Horne Tooke is.

Does your Lordship yet think of migrating to the Metropolis.


Servant
John Murray
Albemarle Street
Wednesday Nov. 4. 1812
I do not mention “Waltzing” from the hope that it improves, Geometrically as to the time that it is retained.