For On February 21, 1812, Aaron Burr in London wrote the following entry in his private journal:

21.        Was obliged to wait till 10 for Castella, but he came not. To D. M. R.'s, with whom had engaged to walk to-day to Brunei's, Chelsea. Found D. M. in bed. He had received a note from Brunei, saying he could not receive us, being engaged, but appointed to-morrow. 1 was very glad, and shall not go to-morrow. Called on J. H., who is near Soho Square, and sat 1/2 hour. Then to Bonnell's, the enameller; he had done nothing. Then by Godwin's, where stopped a few minutes. To friend Allen's. He proposes that I should bring the glass retorts from J. B.'s, and come and work myself in his laboratory; all which will be done to-morrow. To Graves's, where read the gazettes an hour. Home; having bought a pound of rice on the way, dined on a part of it, plain boiled; added sugar. For the last eight days have drank toast and water. Found here note from D. M. R., enclosing a letter he had just received from Hilpin. D. M. came in at 5; but, having just breakfasted, would not dine. Very lucky, for I had rice only. While at Graves's to-day, wrote a letter to Sheffield, mate of the Vigilant, desiring that he would inform me of their time of sailing. Though I have strong objections to going to New Orleans, yet no alternative is seen but that or staying here. If I Chelsea is a suburb of London, three miles southwest of St. Paul's. I should think of residing permanently here, I could readily find the means of support. But I prefer to have my throat cut nearer you. Yesterday arrived the British packet, nineteen days from New York, and to-day an American ship in fifteen days. Every arrival makes me sad to reflect that I can have no letters, having interdicted you from writing. How many things may have happened to you! I have often the most gloomy apprehensions. D. M. lent me a Boston paper 13th January, containing Gallatin's report, which have been reading. 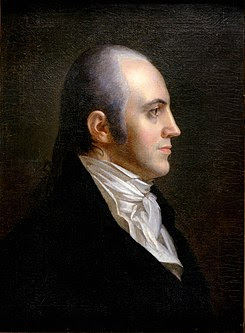