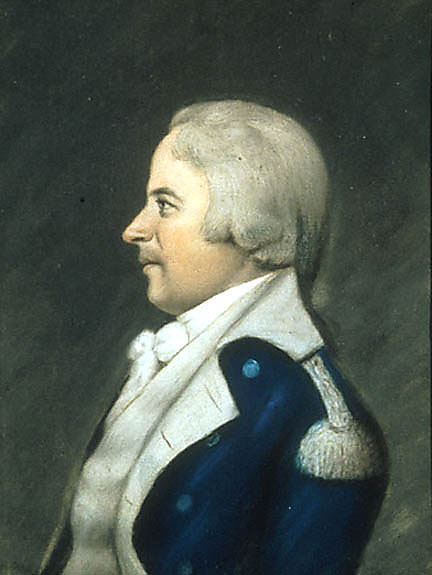 On August 8 1812, General Hull, now in Detroit, is writing to the Secretary of War Eustis to explain why he felt the need to withdraw from Sandwich, Upper Canada. He writes: "Time does not admit of a detail of all the difficulties which every hour were increasing." The gist of his letter is that he felt under threat from all sides, and that the safety of his men required him to withdraw.


Sir — I have received your letter of the 26th July. Under existing circumstances I have, from private feelings, re-crossed the Detroit River with the main body of the army, without making an attempt on the British fort at Malden. My reasons were that I did not consider it could be done consistent with my orders, viz. the safety of the posts in our own country.  Contrary to my expectations, the Wyandots have become hos tile, and the other nations connected with them are following their example. Since the fall of Machana (Mackinack) the Indian force has been fast encreasing in this part of the country. From all the information, a large Indian and Canadian force may be expected from Mackinack, and the force from Niagara, which I mentioned in my former letter, is advancing. My communications with the state of Ohio, on which the supplies of this army depended, is cut off, and having been defeated in an attempt to open that communication, as appears by my letter of the 7th inst. I considered it indispensably necessary to open that communication. Perhaps the reduction of Malden would have been the most effectual mode.' The bridges were broke down and the nature of the country was such that the officers of the artillery gave it as their opinion that the heavy pieces could not be brought before the work without much time and great labour; more time than would have been safe to have employed. Time does not admit of a detail of all the difficulties which every hour were encreasing. I have built a work nearly opposite Detroit, garrisoned by 230 infantry and 25 artillerists. In pursuance of my system, Lieutenant Colonel Miller is now commencing his march with six hundred of the best troops of the army to meet Captain Brush from Ohio with two hundred volunteers, escorting 300 head of cattle and a quantity of flour on packhorses.

Hull also ordered a force of about 600 men, commanded by Lieutenant-Colonel James Miller, to march out of Detroit to the River Raisin to try and open supply lines that were being attacked by Tecumseh. Robert Lucas describes what transpired on August 8: