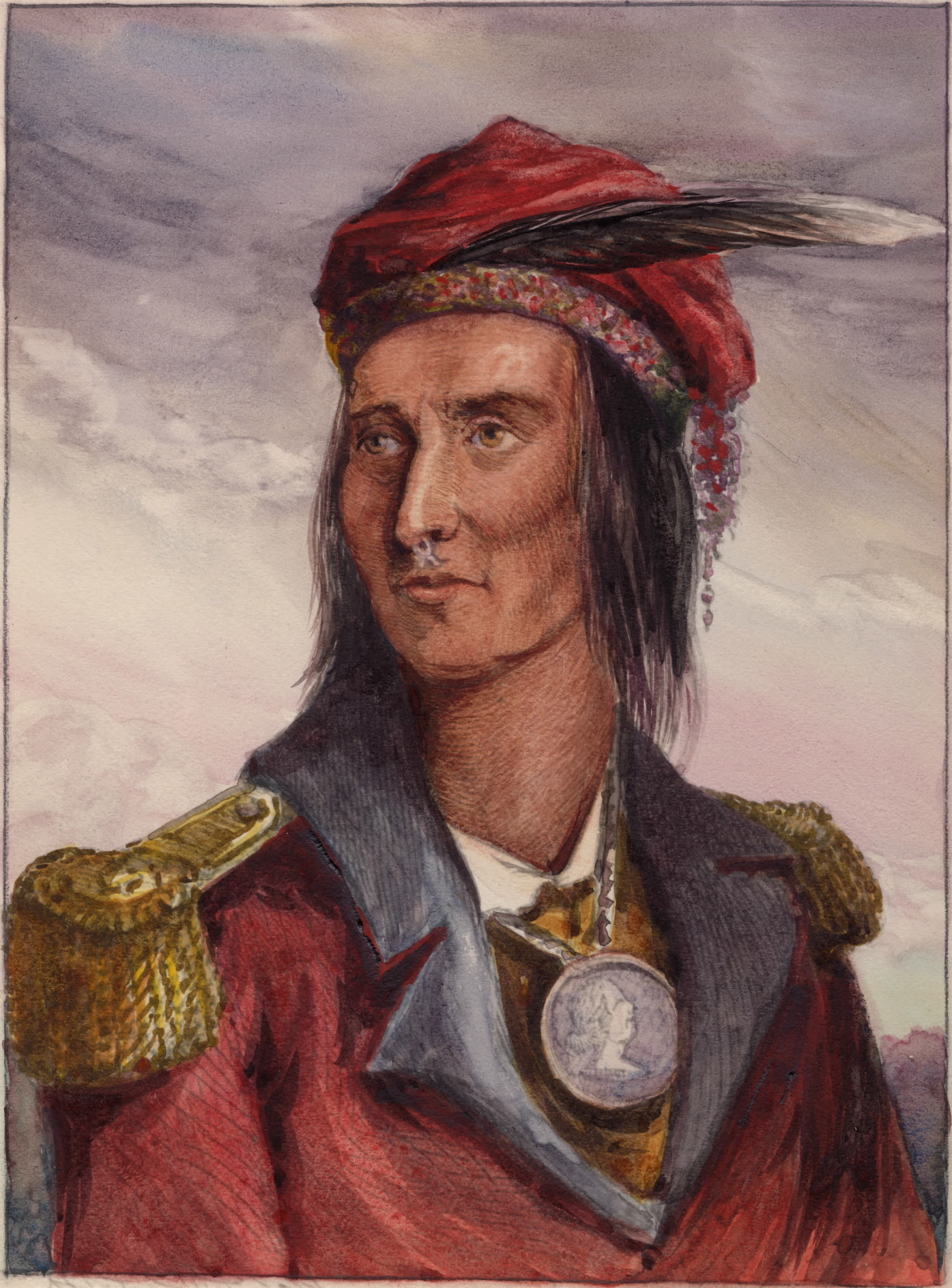 On August 9, 1812, an American force of about 280 regular soldiers and 330 Ohio Volunteer troops, commanded by Lieutenant-Colonel James Miller, were attacked by a much smaller force of about 205 British troops, Canadian militia and Native warriors, including Tecumseh, near the Wyandot village of Maguaga in what is now the City of Trenton, Michigan. The Americans had been sent by General Hull to protect a supply train coming to Detroit. The Americans were taken by surprise as the British and Natives attacked. The tide then turned when the British regulars mistook their allies in the woods for Americans when in fact they were Potawatomi warriors under Chief Main Poc. There was further confusion on both sides in the battle with the British and Native force retreating but not being pursued by the Americans. Americans suffered 18 dead and 64 wounded. The British captain Muir reported 3 dead, 13 wounded and 2 missing from the British troops of the 41st Regiment. The Canadian militia had 1 dead and 2 wounded. The Native warriors suffered 2 dead and 6 wounded. Tecumseh was injured in the neck. It was an American victory on the battlefield but it was costly in terms of the number killed and wounded. The British and their Native allies were able to return to Fort Malden. Hull continued to feel threatened by the fact that his supply lines remained under attack. Robert Lucas provides the American perspective:

9th this day was Spent at Detro[i]t in moving the encampment, and in the evening we heard of Colo Miller having had an obstinate battle with the indians and British at Maguawga and had beat them Colo McArthurs Rgt was ordered to take boats and Some pro vision [s] and to immediately de[s]cend the Riv[e]r to Maguawga to bring up the wounded, the Regiment repaired to the boats as quick as possible and de[s]cended the river it being a very Dark and rainy night from Correct information the Combat at Maguawga was an obstinate one the Indian Spies fired upon the advanced g[u]ard of the army in the morning about two miles from the river Sacroix 3 Killed a Mr White from Detroit and wounded a Horseman the army advanced formed the line of Battle inter [re] d the dead man Sent back the wounded and proceeded on in line of Battle the line broke in Short colum[n] Capt Snelling Commanded the front g[u]ard Capt Lockhart the rear the Militia on the wings and the regular troops in the center they marched in this order a few miles past the village of Maguawga when the front Guard was fired upon by a party of British and Indians Captain Snelling maintained his ground in a most gallant manner, under a very heavy fire, untill the line was formed and advanced to the ground he occupied, when the whole except the rear g[u]ard was brought into action. The enemy was formed behind a temporary breast work of logs The Indians extending in a thick wood on their left, the Colonel Ordered his whole line to advance, and when within a small distance of the enemy made a general discharge and proceeded with charged Bayonets, when the whole British line and Indians commenced a retreat they was pursued by our troops in a most vigorous manner for a considerable distance, the victory was compleete in every part of the line, and Success would have been more brilliant had the cavalry charged the enemy on the retreat when a most favorable opportunity presented. It has been stated that Capt Sloan refused to charge when ordered & that he gave up his hors[e] to Capt Snelling to make a charge Majors Morrison & Van horn[e] Commanded as Majors in the action and is stated to have acted with great bravery an[d] untir[in]g exertions, (Major Morrison had his horse killed under him) Capt Brown from Colo Finleys Regt Commanded the right wing and Capt Sanderson from Colo Cass', Regt the left, who both Distinguished themselves, as gallant officers, also Captain Delandre 1 of the Michigan volunteers There was in this action of the 4 U S Rgt 10 Noncomd officers and privates Killed and 45 wounded In the Ohio and Michigan Militia 8 were killed and 13wounded. There was no officers Kill[ed] but were wounded, Capt Baker of the 1' Reg Lieut Larabee and Peters of the 4 Regt, Ensign Whistler of the 17* Lieut Silly and Ensign Flisher of of the Ohio and Michigan Militia