On August 8 ,1812, Thomas Jefferson writes to the Honourable Robert Wright, a three time Governor of Maryland, a former Senator and current Congressman. Jefferson is now convinced that the Orders in Council were repealed. Earlier, he thought this would be "impossible." He still does not think that this is sufficient to end the war with Britain. He explains to Wright that any peace treaty should include a provision that the United States acquire Canada. He argues that this would be "Indemnification for the past[wrongs] and security for the future." He also writes that once peace is achieved with Britain then the  U.S. should go to war with France. Retirement in Monticello seems to have made Jefferson particularly bellicose. Jefferson's imagination dreams of conquest that would complete and extend the American Revolution throughout North America. It is a conquest that he believes will also end the party rancor or schism that he sees in the New England states. The war will unite Americans as they were united in the American Revolution. On the same day, Jefferon writes to Thomas Letre: "The schism in Massachusetts, when brought to the crisis of principle, will be found to be exactly the same as in the Revolutionary war.  The monarchists will be left alone, and will appear to be exactly the tories of the last war".  Jefferson's imagination, unmoored from the responsibility and the constraints of holding political office, remakes the world with war and revolution. Jefferson's letters are reproduced below. 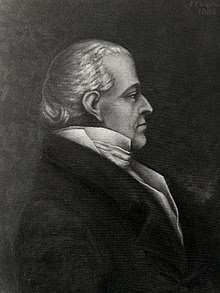 Dear Sir,—I receive and return the congratulations of your letter of July 6 with pleasure, and join the great mass of my fellow citizens in saying, "Well done, good and faithful servants, receive the benedictions which your constituents are ready to give you."  The British government seem to be doing late, what done earlier might have prevented war;  to wit:  repealing the orders in Council.  But it should take more to make peace than to prevent war.  The sword once drawn, full justice must be done.  "Indemnification for the past and security for the future" should be painted on our banners.  For 1,000 ships taken, and 6,000 seamen impressed, give us Canada for indemnification, and the only security they can give us against their Henrys, and the savages, and agree that the American flag shall protect the persons of those sailing under it, both parties exchanging engagements that neither will receive the seamen of the other on board their vessels.  This done, I should be for peace with England and then war with France.  One at a time is enough, and in fighting the one we need the harbors of the other for our prizes.  Go on as you have begun, only quickening your pace, and receive the benedictions and prayers of those who are too old to offer anything else.

Dear Sir,—I duly received your favor of the 14th. ultimo, covering a paper containing proceedings of the patriots of South Carolina.  It adds another to the many proofs of their steady devotion to their own country.  I can assure you the hearts of their fellow citizens in this State beat in perfect unison with them, and with their government.  Of this their concurrence in the election of Mr. Madison and Mr. Gerry, at the ensuing election, will give sufficient proof.  The schism in Massachusetts, when brought to the crisis of principle, will be found to be exactly the same as in the Revolutionary war.  The monarchists will be left alone, and will appear to be exactly the tories of the last war.  Had the repeal of the orders of council, which now seems probable, taken place earlier, it might have prevented war;  but much more is requisite to make peace—"indemnification for the past, and security for the future," should be the motto of the war.  1,000 ships taken, 6,000 seamen impressed, savage butcheries of our citizens, and that they and their allies, the Spaniards, must retire from the Atlantic side of our continent as the only security or indemnification which will be effectual.  Accept the assurances of my great esteem and respect.