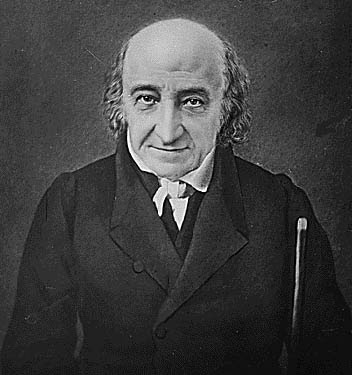 On March 10, 1812, Secretary of the Treasury, Albert Gallatin, writes to Thomas Jefferson the following letter:

Sir, - Mr. Correa, an interesting and learned Portuguese, who has lately arrived in the Constitution, and is recommended to us by Barlow, Humboldt, &c., has requested me to transmit to you the enclosed letter and work. He intends to pay you his respects in person this summer.


You have seen from your retreat that our hopes and endeavors to preserve peace during the present European contest  have at last been frustrated. I am satisfied that domestic faction has prevented that happy result. But I hope nevertheless that our internal enemies and the ambitious intriguers who still attempt to disunite will ultimately be equally disappointed. I rely with great confidence on the good sense of the great mass of the people to support their own government in an unavoidable war, and to check the disordinate ambition of individuals. The discoveries made by Henry will have a salutary effect in annihilating the spirit of the Essex junto, and even on the new focus of opposition at Albany. Pennsylvania never was more firm or united. The South and the West cannot be shaken. With respect to the war, it is my wish, and it will be my endeavor, so far as I may have any agency, that the evils inseparable from it should, as far as practicable, be limited to its duration, and that at its end the United States may be burdened with the smallest possible quantity of debt, perpetual taxation, military establishments, and other corrupting or anti-republican habits or institutions.

Accept the assurances of my sincere and unalterable attachment and respect.