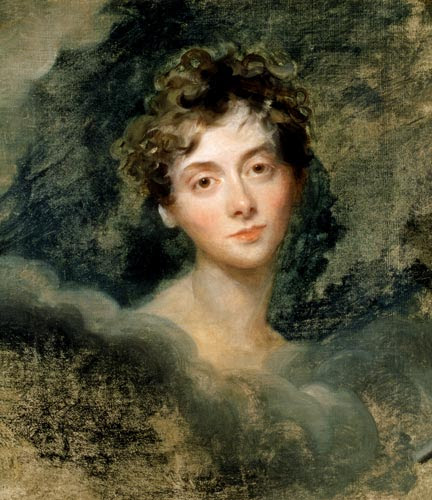 On March 24, 1812, Lady Caroline Lamb is introduced to Lord Byron [1] though he first saw her days earlier at a soiree given by Lady Westmoreland. Byron was surrounded by female admirers. Lady Westmoreland was leading Caroline to introduce her to him. Caroline stopped. "I looked earnestly at him, and turned my heel," Caroline would write. Her first impression on seeing Byron was that he was "mad - bad - and dangerous to know." [2] This only added to her attraction. An attraction that was allied with an intuitive cunning that understood that the soiree at Lady Westmoreland was not the right moment for their meeting. This seeming indifference and indeed rudeness intrigued Byron by the challenge it offered. How much of a challenge he was to learn to his great regret.

On March 24, they were to meet at Holland House. The story continues, as told by Benita Eisler [3], as follows: 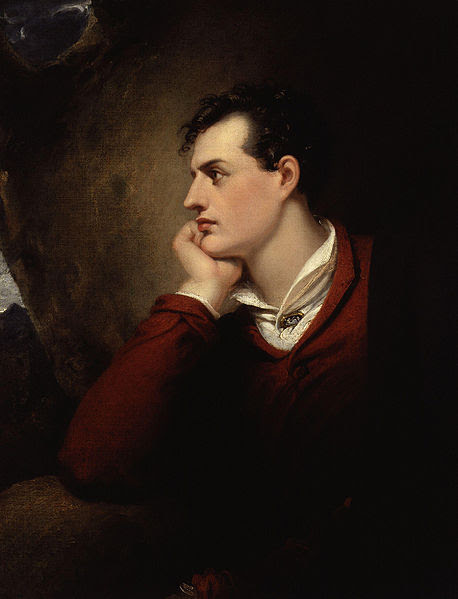 Within days they met at Holland House, where Caroline appeared late one afternoon at the end of a long ride from Piccadilly to Kensington. Still flushed and in riding  clothes, she was seated between Tom Moore and Rogers when Lord Holland entered with Byron. Once more she withdrew; this time she insisted on changing her costume before their host could introduce them...

That first evening at Holland House they were joined by William Lamb, who still hoped for a tranquil if not happy marriage. Byron and Lord Melbourne’s heir had met only a few weeks before, at one of Lady Holland’s bachelor dinners. Byron would already have heard that great things were expected of the clever and handsome graduate of Eton and Trinity, his own Cambridge college.

“William Lamb, a rising young genius, dines here for the first time tonight,” Lady Holland had noted in her Dinner Books thirteen years earlier. It would be twenty-two years before Lamb would fulfill his promise and become, as Lord Melbourne, Queen Victoria’s first Prime Minister. Meanwhile, he was moving gradually from being a permanently promising youth whose sole occupation was as tutor and consort to his captivating young wife, toward exploring politics. He had also become the husband of a woman with few resources and infinite need.

Boredom and disappointment had led Caroline into the arms of the first man who offered romantic excitement, an affair that ended with Caroline in disgrace, chastised roundly by both her mother-in-law, Lady Melbourne, and by the redoubtable Lady Holland, mother of her erstwhile lover. It was a small world. Caroline’s own reaction to the scandal had been alternating outbursts of defiance and contrition. Lamb maintained, as he would often be called on to do, a posture of gentlemanly forbearance or perhaps indifference—with him, it was hard to tell.

Before the dinner at Holland House was over, Caroline had invited Byron to one of her morning receptions, the next day, March 25.

On March 24, 1812, another woman has Byron on her mind. Anna Isabella or Annabella Millbanke has just finished reading the two cantos of Childe Harold and writes in her diary[4]:


It contains many stanzas in the best style of poetry. He is rather too much of a mannerist, that is, he wants variety in the turns of expression: he excels most in the delineation of deep feeling, and in reflections relative to human nature.

Annabella, the future wife of Byron, is to meet Byron the next day on March 25.


1.  Byron biographers do not agree on the dates. The only certainty being that it was in late March that Lady Caroline met Lord Byron. I think the stronger argument is for March 24, 1812 but I cannot be certain.
2. Fiona MacCarthy,  Byron: Life and Legend (New York: Farrar, Straus and Giroux, 2002) at 164.