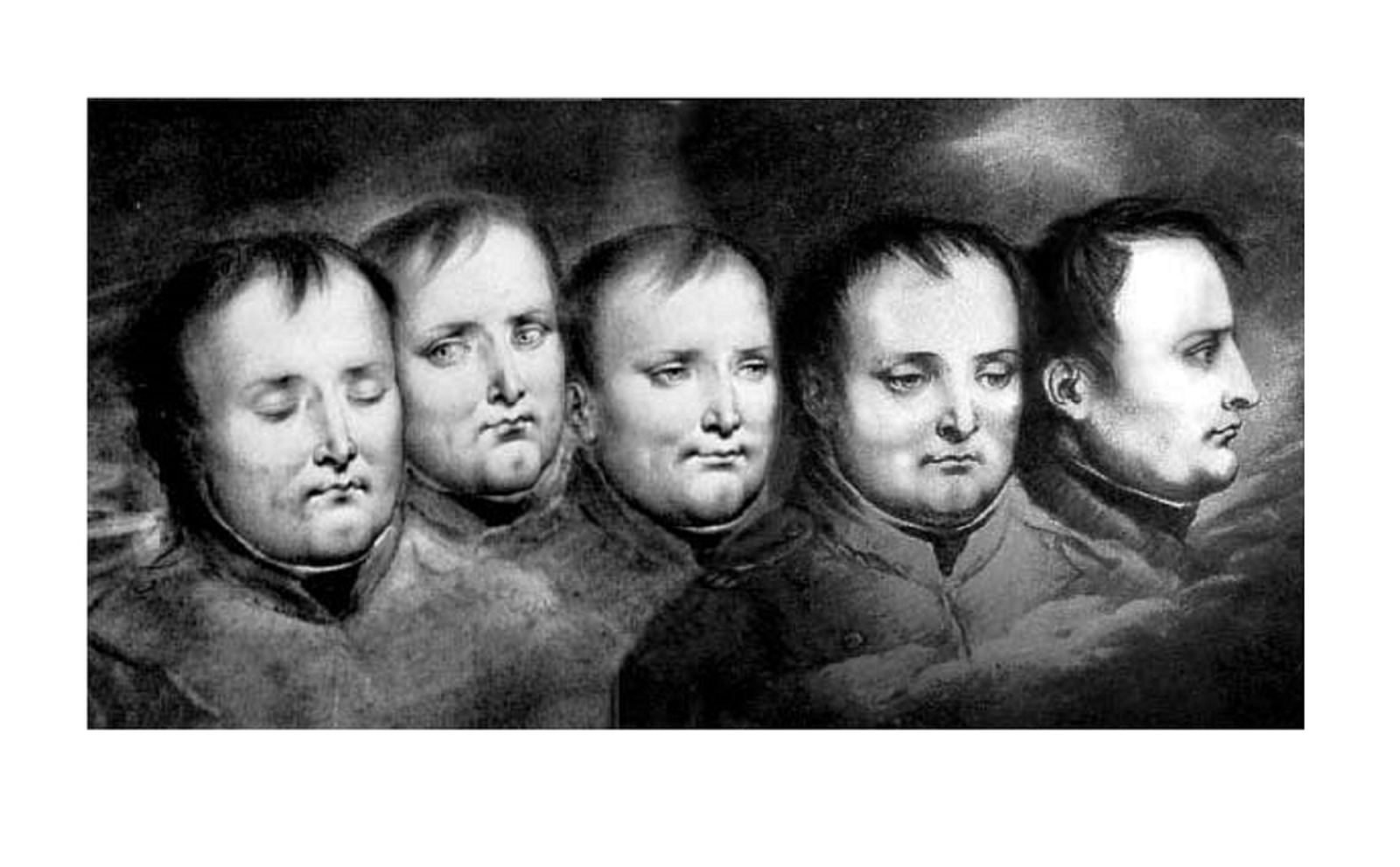 On March 8, 1812, Anne-Louis Girodet de Roussy-Trioson drew a number of drawings from life of the Emperor Napoleon while he attended his private chapel. Girodet-Trioson was a French painter and a pupil of the more famous Jacques-Louis David.

The original drawings are lost but engravings of those drawings have survived. One of the engravings is reproduced below. The drawings show a rather pudgy emperor. The drawing on the left shows him sleeping. The drawings are said to capture more accurately what Napoleon looked like in 1812, in contrast to the majestic, athletic all conquering Caesars of his formal paintings.