Thomas Jefferson, for more than forty years, devoted much of his prodigious imagination and energy into the design and repeated redesigns of various parts of his estate at
Monticello. The gardens of the estate were a special source of pride for him. The gardens had plants that he had acquired from all over the world. Jefferson also experimented with different plants and seeds.  He had about 170 fruit varieties of different fruits and 330 different vegetable varieties in Monticello. These majestic gardens were maintained by slaves that Jefferson employed during his whole life despite his eloquent words in the defence of American liberty. In this way, the Monticello gardens, that one can visit today, are a variegated expression of  an ordered liberty much like the American ideal whose seeds were beginning to bear green shoots in 1812, together with the thorns to come.

"I promised to stock you with the Alpine Strawberry as soon as my beds would permit. I now send you a basket of plants & can spare you 10. baskets more if you desire it. their value, you know, is the giving strawberries 8. months in the year. but they require a large piece of ground and therefore I am moving them into the truck patch, as I cannot afford them room enough in the garden." 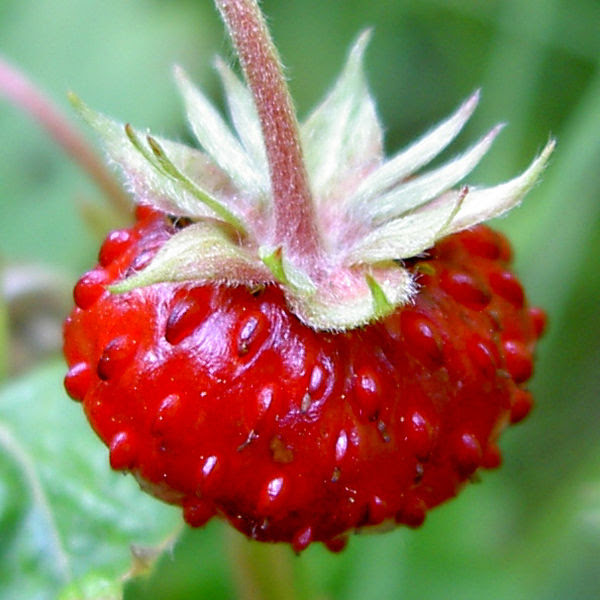 George Divers replied, on the same day,"I receiv'd the alpine strawberry plants sent by your Servant, for which accept my thanks."

The Jefferson Monticello website, which has most of the information found above, also provides this interesting history of Thomas Jefferson and the Alpine Strawberry plant:

Although the Alpine strawberry flourished at Monticello, a sometimes-troublesome characteristic of this variety was the tiny size of the fruit. Jefferson stated bluntly, "it would take acres to yield a dish."