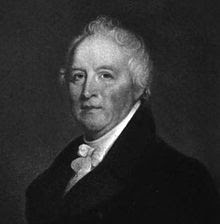 On July 12, 1812, General Hull, having captured the settlement of Sandwich publishes a Proclamation in English and French, to the inhabitants of Canada. Hull hopes that the Proclamation will rally Canadians to the American invaders. He is not initially disappointed as many inhabitants of Upper Canada do support or at least do not oppose the Americans. The Proclamation offers American liberty to Canadians, in a not altogether, free way: "The UNITED STATES offer you peace, liberty and security. Your choice lies between these & WAR, slavery, and destruction." At the same time, Hull's Proclamation also reveals his fear of natives or first nations. The Proclamation states that any soldier found fighting with any native will not be taken a prisoner but will be killed. The Proclamation reads:"The first stroke of the Tomahawk, the first attempt with the scalping knife, will be the signal for one indiscriminate scene of desolation. No white man found fighting by the side of an Indian, will be taken prisoner. Instant destruction will be his lot." This is important to remember later as first nations were to fight alongside British and Canadian militia. According to Hull, they all should be killed. The full Proclamation is reproduced below.

A PROCLAMATION INHABITANTS of CANADA!
After thirty years of PEACE & prosperity, the UNITED STATES have been driven to Arms. The injuries & aggressions, the insults & indignities of Great Britain have once more left them no alternative but manly resistance or unconditional submission.

The ARMY under my command, has invaded your country, & the Standard of the UNION now waves over the Territory of CANADA. To the peaceable unoffending inhabitant, it brings neither danger nor difficulty. I come to find enemies, not to snake them. 1 come to protect, not to injure you.

Separated by an immense Ocean, & an extensive Wilderness from Treat Britain, you have no participation in her Counsels, no interest in her conduct. You have felt her Tyrany, you have seen her injustice, but I do not ask you to avenge the one or to redress the other. The UNITED STATES are sufficiently powerful to afford you every security, consistent with their rights, & your expectations. I tender you the invaluable blessings of Civil Political & Religious Liberty & their necessary result individual and general prosperity; That Liberty which gave decision to our counsels and energy to our conduct, in our struggle for INDEPENDENCE, and which conducted as safely and triumphantly, thro' the stormy period of the Revolution. That Liberty which has raised us to an elevated rank among the Nations of the world, and which has afforded us a greater measure of PEACE and security, of wealth and improvement than ever fell to the lot of any people.

In the name of my Country and by the authority of my Government, I promise you protection to your persons, property and rights. Remain at your homes. Pursue your peaceful and customary avocations. Raise not you hands against your brethren. Many of your fathers fought for the freedom & INDEPENDENCE we now enjoy. Being children therefore of the same family with us, and heirs to the same heritage, the arrival of an Army of friends, must be hailed by you with a cordial welcome. You will be emancipated from Tyrany and oppression and restored to the dignified station of freemen. Had I any doubt of eventual success, I might ask you assistance, but I do not. I come prepared for every contingency. I have a force which will look down all opposition, & that force is but the vanguard of a much greater. If contrary to your own interest, and the just expectation of my Country, you should take part in the approaching contest, you will be considered & treated as enemies, & the horrors & calamities of war will stalk before you.

If the barbarous & savage policy of Great Britain be pursued, and the savages are let loose to murder our citizens, & butcher our women and children, the war, will be a war of extermination.

The first stroke of the Tomahawk, the first attempt with the scalping knife, will be the signal for one indiscriminate scene of desolation. No white man found fighting by the side of an Indian, will be taken prisoner. Instant destruction will be his lot. If the dictates of reason, duty, justice and humanity cannot prevent the employment of a force which respects no rights, & knows no wrong, it will be prevented by a severe and relentless system of retaliation.

I doubt not your courage and firmness: I will not doubt your attachment to Liberty. If you tender your services voluntarily, they will be accepted readily.

The UNITED STATES offer you peace, liberty and security. Your choice lies between these & WAR, slavery, and destruction. Choose then, but choose wisely; and may he who knows the justice of our cause; and who holds in his hand the fate of NATIONS, guide you to a result the most compatible with your rights and interest, you PEACE and prosperity.