On July 23, 1812, the day after the battle of Salamanca, the gallant Harry Smith is suffering from boils. He will recall: 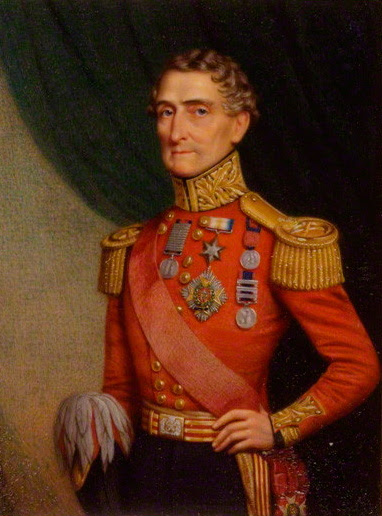 Next morning soon after daylight she joined me on the march. I was at that time so afflicted with boils, I could hardly live on horseback. I had eleven immense ones at the time on my legs and thighs, the excruciating pain of which is not to be described. Our surgeon, old Joe Bowker, insisted on my going to Salamanca, and one particular boil on the bone of the inside of my knee proved a more irresistible argument. So to Salamanca I had to go, my brother Tom doing my duty. I stayed fourteen days at Salamanca, a time of love and excitement, although, so distressed was the army for money, we lived almost on our rations, except for a little assistance from the lady of our house in coffee, etc. Wade, Sir Lowry Cole's A.D.C., lent me one dollar out of forty which he had received to support his General (who had been severely wounded in the battle), and his staff. In such times of privation heroism is required which our countrymen little dream of.

At the end of the fourteen days I had as many boils as ever, but, boils and all, off we started, and rode some terrible distances for three or four days. We overtook the Division, to the joy of the soldiers, before we crossed the Guadarama Pass [11 Aug.] There had been no fighting in my absence, thank God.

The autobiography of Lieutenant-General Sir Harry Smith, baronet of Aliwal on the Sutlej, G.C.B. by Sir Henry (Harry) George Wakelyn Smith (1788-1860). Ed. with the addition of some supplementary chapters by George Charles Moore Smith (1858-1940). London: J. Murray, 1903)at chapter VIII
Posted by FAASouza