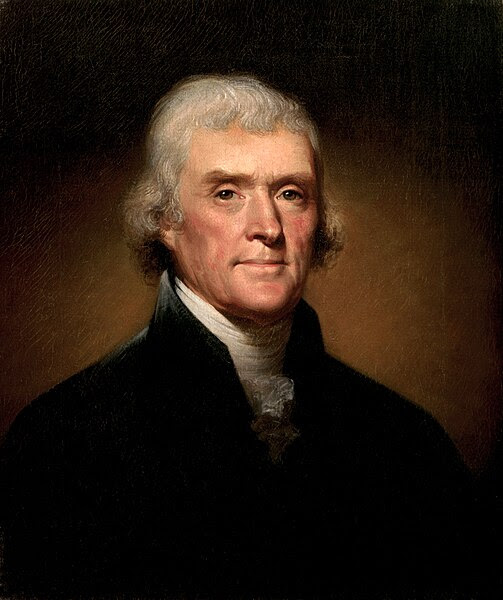 On July 5, 1812, Thomas Jefferson writes to Nathaniel Greene to acknowledge Greene's letter discussing, in part, his travels to Asia. The letter finds Jefferson in a cosmopolitan outlook. He notes that foreigners carry their own prejudices or, in his words, "peculiarities." He writes: "In reading the travels of a Frenchman through the United States what he remarks as peculiarities in us, prove to us the contrary peculiarities of the French. We have the accounts of Barbary from European and American travellers."
Monticello, July 5, 1812.

SIR
Your favor of May 19th, from New Orleans is just now received. I have no doubt that the information you will present to your countrymen on the subject of the Asiatic countries into which you have travelled, will be acceptable as sources both of amusement and instruction; and the more so, as the observations of an American will be more likely to present what are peculiarities to us, than those of any foreigner on the same countries. In reading the travels of a Frenchman through the United States what he remarks as peculiarities in us, prove to us the contrary peculiarities of the French. We have the accounts of Barbary from European and American travellers. It would be more amusing if Melli Melli would give us his observations on the United States. If, with the foibles and follies of the Hindoos, so justly pointed out to us by yourselves and other travellers, we could compare the contrast of those which an Hindoo traveller would imagine he found among us, it might enlarge our instruction. It would be curious to see what parallel among us he would select for his Veeshni. What you will have seen in your western tour will also instruct many who often know least of things nearest home.---The charitable institution you have proposed to the city of New Orleans would undoubtedly be valuable, and all such are better managed by those locally connected with them. The great wealth of that city will insure its support, and the names subscribed to it will give it success. For a private individual, a thousand miles distant, to imagine that his name could add anything to what exhibits already the patronage of the highest authorities of the State, would be great presumption. It will certainly engage my best wishes, to which permit me to add for yourself the assurances of my respect.