April 24 1812 Shelley writes to His Father for Money 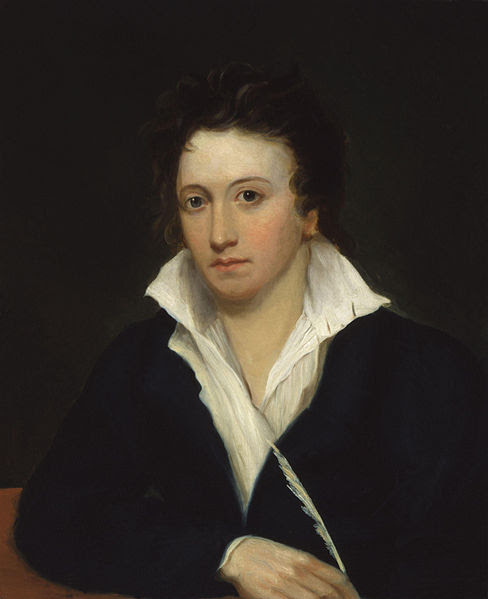 On April 24, 1812, Percy Bysshe Shelley is writing to his father, Timothy Shelley, asking for a loan. Father and son have been estranged since Percy was expelled from Oxford in 1812. Timothy Shelley was a Whig Member of Parliament for New Shoreham.   His son had just returned from Ireland where he had been agitating for Irish independence and catholic rights. Percy is in desperate need of money. He and his wife Harriet are living at Nantgwilt in Radnorshire, Wales. Percy has come up with a plan to settle there by buying a house and farm of about 200 acres.  He is writing to his father to raise the necessary 500 pounds or to be allowed to use his father's name for security to get a loan. Percy's letter to his father is reproduced below. Timothy Shelley replied to his son's letter on, on May 5, declining to provide him with any further monies. This may seem harsh but it is doubtful that Percy was made out to be a farmer.


P. B. Shelley to Timothy Shelley


April 24, 1812.
DEAR SIR, The last of your communications through Mr. Whitton put a period to any immediate prospect of coming to those amicable terms on which I wish to stand with yourself and my family. It has at last occurred to me that the probable cause of the offence which you so suddenly took, was a clandestine attempt on my part to correspond with Hellen. You very well know that I could not correspond with any of my sisters openly, and that it is very natural for me to attempt to keep alive in one at least an affection when all the others are at variance with one. An additional motive was that my correspondence would have been such as is calculated to improve the understanding and expand the heart. I am now at Nantgwilt in Radnorshire, and being desirous to settle with my wife in a retired spot, think of taking this house and farm. The farm is about 200 acres, the house a very good one, the yearly rent 98.

The furniture and the stock must, however, be purchased, which will cost 500. This sum, if I were to raise it, would not be obtained under exorbitant interest, and probably, at all events, with difficulty. If you would advance it to me, I should at once, by your means, be settled where my yearly income would amply suffice, which would otherwise be dissipated in searching for a situation where it might maintain myself and my wife. You have now an opportunity of settling the heir to your property where he may quietly and gentlemanly pursue those avocations which are calculated hereafter to render him no disgrace to your family on a more extended theatre of action.

If you feel inclined to assist me with the sum for the purposes I mention, and it is inconvenient to give any ready money, your name for the amount would suffice. I am now at the house of Mr. Hooper (Nantgwilt), who has become bankrupt, and with whose assignees I am treating for the lease, furniture, &c. If you will accede to my request, or if you reject it, pray be so kind as to inform me as soon as you can make it convenient, as I am at present in a state of suspense which is far from pleasant.

Your daughter-in-law is confined by a tedious intermittent fever, which considerably augments the gloomy feelings incident to our unsettled state. I hope that all at Field Place are in good health. Dear Sir, yours very respectfully,