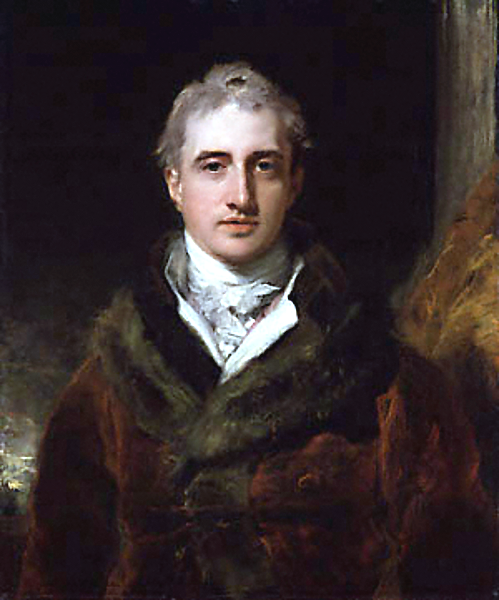 On April 28, 1812, Mr. Whitbread brings up the issue of  John Henry's secret mission in the United States. President Madison had paid Henry $50,000 to purchase Henry's papers that allegedly showed British spying and attempts to foment the separation of the New England states. Lord Castlereagh replied for the government. He disclaimed "most explicitly and peremptorily, having encouraged any disposition of the kind alluded to". He acknowledged that Henry was an agent of  Sir James Craig, from Lower Canada, but "without the privity of the government."  Henry's sole purpose was to obtain "information necessary to the commander of a province threatened with invasion." The exchange in the House of Commons is reproduced below.

Mr. Whitbread, referring to the accounts just received by the. American papers, of Mr. Madison's Message to Congress, relative to an authorised agent being employed by the British government to foment the separation of the Eastern State from the Union, and ascertain the sentiments of the people of Boston on that topic, wished to ask the noble lord opposite, if he avowed the authenticity of the letter stating this fact, or-knew of such agent so authorised?

Lord Castlereagh replied, that, in his opinion, this matter bad been very unfairly brought forward by the American government. He thanked the hon. gentleman for affording him this opportunity for explanation, and begged, on the part of the British government, to disclaim, most explicitly and peremptorily, having encouraged any disposition of the kind alluded to. It was true, that an agent had been employed by sir James Craig, without the privity of the government, who only heard of that circumstance in the dispatch—announcing, at the same time, that he had been recalled, on the appearance of a pacific understanding being come to between the countries—having only been sent for the sole purpose of receiving information necessary to the commander of a province threatened with invasion.

Mr. Whitbread read a passage from a letter dated 26th Feb. 1809, mentioning the separation of the Union, and wished to know on its being communicated to government, what steps were consequently taken?

Lord Castlereagh was not prepared to say that any blame had been attached to sir J. Craig. All that he had directed the agent to ascertain was, the temper of the States near that which he had to defend: and that he had no other objects but defence in view, was clear, from his immediately recalling the person when the apprehension of invasion was over.

Mr. Whitbread said, he was not at all satisfied with this answer, and would be glad to know if government would produce the correspondence with sir James Craig, if moved for?
Mr. Ponsonby also referred to a letter from Mr. Ryeland, to the agent, Henry, in which he proposed to furnish him with a cypher, in which to carry on his correspondence, and authorized him to meet any leading men on the subject of the separation, if they shewed a disposition to come under the protection of the British government. He was desirous of information on this subject.

Lord Castlereagh said, he had not found this letter among sir J. Craig's correspondence.

Mr. Whitbread then gave notice of a motion for the production of these papers to-morrow.
Posted by FAASouza