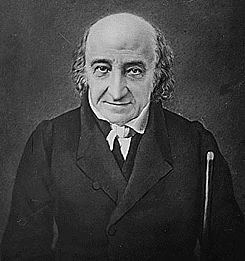 On June 10 1812, Albert Gallatin, the Secretary of the Treasury, writes to Langdon Cheves, the Chariman of the Ways and Means Committee of the House of Representatives. Gallatin is responding to a question by the Committee Chairman on whether the Non-Importation Act can be modified so as to increase revenues equal to those raised by internal taxes. Gallatin responds by noting that British produce and manufacturing goods, which are now banned, did in "ordinary times" amount to "more than one-half of the foreign merchandise consumed in the United States". Gallatin's answer is thus that a complete repeal of the act will result in revenue equal to the internal taxes. A modification of the act will not. Gallatin's letter is reproduced below.

Sir, - I had the honor to receive your letter of yesterday, asking whether, in my opinion, the Non-Importation Act may not be so modified, or partially suspended, as to afford a revenue equivalent to the estimated amount of the internal taxes, additional tonnage duty, and diminution of drawbacks ; and, in such event, whether the last-mentioned objects of revenue may not, for the present, be dispensed with ?

All the estimates of revenue which have been transmitted during this session, having necessarily been made in conformity with the existing laws, were predicated on the supposed absolute prohibition of British produce and manufactures. These, in ordinary times, amounted to more than one-half of the foreign merchandise consumed in the United States. The actual exclusion of the greater part of the articles of our own growth from France, Holland, and Germany, the consequent nullity of our commerce with those countries, and the conquest by Great Britain of their colonies, still more lessens the proportion of foreign articles which may be imported from other countries than the British dominions.

It is therefore evident that the amount of duties on importations will be more than doubled in the event of a suspension of the Non-Importation, and that they will, whilst that suspension continues, afford a revenue at least equivalent to the estimated amount of the proposed direct tax, internal duties, additional tonnage, and diminution of drawbacks. All these may be dispensed with, so long as the suspension continues, provided that the contemplated increase of one hundred per cent, on the duties on importations shall take place.

It is not believed that the result would be materially affected by a modification or partial instead of an absolute suspension of the Non-Importation. For the amount of importations would be principally regulated by the amount of American funds already in England, and by the subsequent consumption of American produce in Great Britain, Spain, and Portugal, and the British West Indies respectively. If a discrimination be thought eligible, it would seem that the articles entitled to preference are colonial produce, particularly rum, coarse woollens, middle-price cotton goods, Irish linens, earthen and glass ware, hardware, and manufactures of steel, tin, brass, and copper. Fine cloths, muslins, plain cotton goods, manufactures of silk, hemp, flax (with the above exception), and leather, paper, hats, shoes, and millinery may either be altogether supplied by domestic manufactures or dispensed with.

The annual importations of British, colonial, and domestic produce and manufactures could not be estimated at less than thirty-five millions of dollars. Supposing (on the same grounds on which the other estimates of duties on importation in time of war were made) that the war and other restrictions should reduce the amount to one-half, the proposed double duties collected on the residue would produce a net revenue of at least five millions of dollars, and greater, therefore, than all the proposed internal taxes and duties and additional tonnage duty.

Permit me, however, to observe, with respect to this last duty, that, so far as relates to foreign vessels, the proposed addition appears necessary, and is hardly sufficient to compensate the great advantages which war will give them over American vessels in the American commerce.

It is proper to add that all the bills for laying and collecting the direct tax and internal duties have been prepared in conformity with the former request of the committee, so that the whole subject may be taken up at this or any other time without any delay on the part of the Treasury. The only detail on which the information is not as complete as might be desired is that of the quotas of the direct tax intended to be laid on the several counties in each State. It is also believed that the system has been prepared in such manner that it may be organized and all the taxes be in full operation in the month of April next, provided the laws are enacted before the commencement of the year 1813.

I have the honor to be, with great respect, sir, your obedient servant.