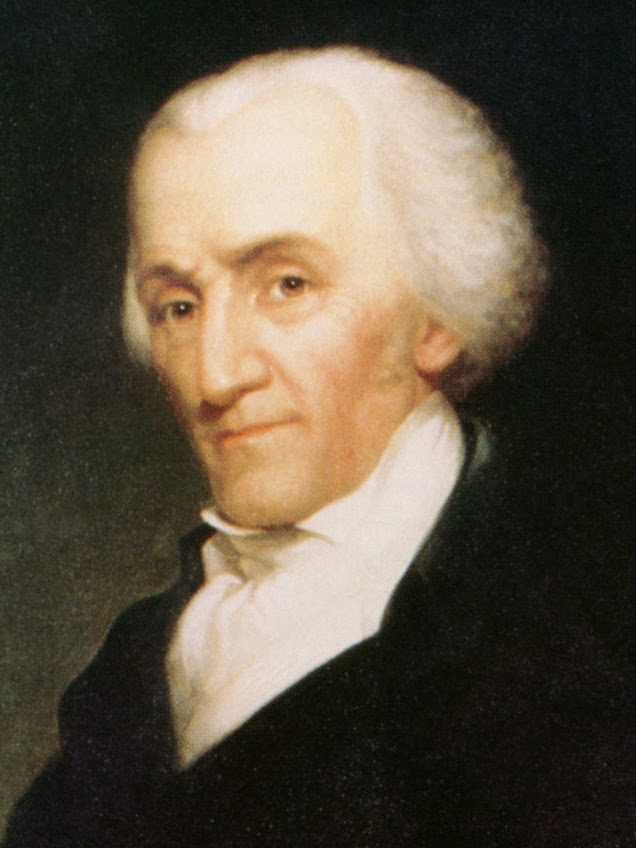 On June 11, 1812, Thomas Jefferson writes to another old revolutionary companion from Massachusetts, Elbridge Gerry. Gerry   had just lost the governorship of Massachusetts but was being considered for the Vice Presidency. Gerry had a distinguished political career, serving as a delegate to the Continental Congress, signing the Declaration of Independence and the Articles of Confederation, attending as a delegate to the Constitutional Convention, but voting against the new constitution, serving in the new Congress as a strong supporter of Hamilton’s new Bank of United States, then being appointed as a member of the diplomatic delegation to France that was involved in the XYZ Affair, returning to the United in States in 1798 to become a supporter of Jefferson’s Democratic Republican party and running unsuccessfully four times for governor of Massachusetts under the party’s banner before being elected in 1810 and 1811 but losing in 1812 and ending his career as James Madison's Vice President  and dying in office on November 23, 1814.  He is now known for giving us the word “gerrymander.” His support of the redistricting legislation, designed to help his party stay in power, did not help him stay in power as he was defeated as governor in 1812. He can also be remembered as the second Vice President to die in office. The first being George Clinton, who also served under James Madison. This makes the Madison presidency the deadliest of all administrations as far as Vice Presidents are concerned and also the only administration that allowed the White House to be burned down. Jefferson's letter is reproduced below.
To Elbridge Gerry.

Dear Sir,—It has given me great pleasure to receive a letter from you.  It seems as if, our ancient friends dying off, the whole mass of the affections of the heart survives undiminished to the few who remain.  I think our acquaintance commenced in 1764, both then just of age.  We happened to take lodgings in the same house in New York.  Our next meeting was in the Congress of 1775, and at various times afterwards in the exercise of that and other public functions, until your mission to Europe.  Since we have ceased to meet, we have still thought and acted together, "et idem velle, atque idem nolle, ea demum amicitia est." Of this harmony of principle, the papers you enclosed me are proof sufficient.  I do not condole with you on your release from your government.  The vote of your opponents is the most honorable mark by which the soundness of your conduct could be stamped.  I claim the same honorable testimonial.  There was but a single act of my whole administration of which that party approved.  That was the proclamation on the attack of the Chesapeake.  And when I found they approved of it, I confess I began strongly to apprehend I had done wrong, and to exclaim with the Psalmist, "Lord, what have I done that the wicked should praise me !"

What, then, does this English faction with you mean? Their newspapers say rebellion, and that they will not remain united with us unless we will permit them to govern the majority.  If this be their purpose, their anti-republican spirit, it ought to be met at once.  But a government like ours should be slow in believing this, should put forth its whole might when necessary to suppress it, and promptly return to the paths of reconciliation.  The extent of our country secures it, I hope, from the vindictive passions of the petty incorporations of Greece.  I rather suspect that the principal office of the other seventeen States will be to moderate and restrain the local excitement of our friends with you, when they (with the aid of their brethren of the other States, if they need it) shall have brought the rebellious to their feet. They count on British aid. But what can that avail them by land? They would separate from their friends, who alone furnish employment for their navigation, to unite with their only rival for that employment.When interdicted the harbors of their quondam brethren, they will go, I suppose, to ask a share in the carrying trade of their rivals, and a dispensation with their navigation act.  They think they will be happier in an association under the rulers of Ireland, the East and West Indies, than in an independent government, where they are obliged to put up with.  their proportional share only in the direction of its affairs.  But I trust that such perverseness will not be that of the honest and well-meaning mass of the federalists of Massachusetts; and that when the questions of separation and rebellion shall be nakedly proposed to them, the Gores and the Pickerings will find their levees crowded with silk stocking gentry, but no yeomanry ;  an army of officers without soldiers.  I hope, then, all will still end well; the Anglomen will consent to make peace with their bread and butter, and you and I shall sink to rest, without having been actors or spectators in another civil war.

How many children have you ? You beat me, I expect, in that count, but I you in that of our grandchildren.  We have not timed these things well together, or we might have begun a re-alliance between Massachusetts and the Old Dominion, faithful companions in the War of Independence, peculiarly tallied in interests, by each wanting exactly what the other has to spare;  and estranged to each other in latter times, only by the practices of a third nation, the common enemy of both.  Let us live only to see this re-union, and I will say with old Simeon, "Lord, now lettest thou thy servant depart in peace, for mine eyes have seen thy salvation."  In that peace may you long remain, my friend, and depart only in the fulness of years, all passed in health and prosperity.  God bless you.

P.S.  June 13.  I did not condole with you on the reprobation of your opponents, because it proved your orthodoxy.  Yesterday’s post brought me the resolution of the republicans of Congress, to propose you as Vice-President.  On this I sincerely congratulate you.  It is a stamp of double proof.  It is a notification to the factionaries that their nay is the yea of truth, and its best test.  We shall be almost within striking distance of each other.  Who knows but you may fill up some short recess of Congress with a visit to Monticello, where a numerous family will hail you with a hearty country welcome.
Posted by FAASouza