On June 8 1812, Aaron Burr, the former Vice President of the United States and killer of Alexander Hamilton, spends his first night back in New York City looking for lodging  afraid that he might be picked up for vagrancy. Burr had arrived the night before. He had come from Boston where he had been hiding since his return from England. That first night Burr will wander the streets of New York City until he finds  a  light in the cellar of a small house, and asks for lodging. He is answered yes; shown into a small garret, where five men are already asleep. He is given a cot and cover and sleeps profoundly till six.


Burr will go on to reestablish himself as a lawyer and live a modestly comfortable life in relative obscurity. He will live to the age of 80 but in 1812 he still has to face the greatest tragedy of his life. His daughter Theodosia Burr Alston, the one true love of his life, will die at sea while traveling to see him for the first time since his return. But this is for another day. On June 8 1812, Burr writes his last entry in his Private Journal, a journal that he has kept for his daughter, and which he now thinks he does need as he will soon see her in person. 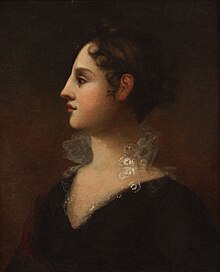 I have reproduced Aaron Burr's entries from his Private Journal below.

[June] 7.     We cast anchor at two this morning, having made about eight miles the last tide. At five got under weigh. Still perfectly calm, which suits me very well; for, if there should spring up a breeze, we should arrive about four or  five in the P. M., but, by mere floating, we cannot get to town before evening. We are now off Frog's Point, and here take the first of the ebb. After passing Hell Gate, I think  to get out under some pretence or other, and, if still daylight, lay down under some tree till dark. This requires some previous arrangement, to set about which I quit you. Tomorrow you shall know how I get through this dilemma.

[June] 8.      Patience, my dear children, and you shall hear all. But allow me to go on pas a pas. We were, I think, on the last sheet at Frog's Point about noon. The ebb carried us to Riker's Island, one mile from Hell Gate, and here, being met by the flood, we cast anchor to wait for the ebb, which would make at half past seven. In the mean lime came up a breeze from S.E. Nothing could have more per fectly accorded with my wishes, as we must now necessarily arrive in New-York about ten in the evening. However, as the hour approached, the captain began to doubt whether it would not be too dark to go through Hell Gate, and thought it would be more prudent to wait till morning. I combated this childish apprehension, but without effect. Fortunately, just after the ebb made, there passed a sloop whose master was an acquaintance, and he, declaring that it was a good time, and actually standing on, encouraged our captain, and he weighed anchor and stood on also. When we got to the bluff point, where is a wharf and a tavern, just at the commencement of Hell Gate, one out of seven sloops then pass ing stopped at that wharf; the other six went through in our sight ; yet, as one had stopped, and the daylight was nearly gone, though a clear, brilliant starlight, our captain thought there must be danger, and, in spite of all remonstrances, he came to at the same wharf. Had I suspected this, I could easily have got on board one of the other sloops ; but they were now all out of sight. To add to my chagrin, there came to the wharf from the house an old man, who asked if any of us would walk up. The voice was very familiar to me, and I desired the mate, who was near me, to ask who kept that tavern." Billy Mariner," says the same voice; a fellow who had known me familiarly since I was eight years old. At this moment there hove in sight a very small sailboat, standing down. The sloop's barge being alongside, I engaged two of the men, for a dollar, to put me on board that sailboat, which was done, and thus I found myself again with the prospect of arriving at the hour I wished. The sailboat proved to be a pleasure-boat belonging to two young farmers of Long Island. They were not bound to New York, but to the Narrows, but very kindly agreed to put me on shore in the city. When we got opposite the city the wind wholly failed us; and the tide, now very rapid, set us over to the Long Island shore ; and we, having no oars, were wholly at its mercy. It seemed inevitable that I must make a voyage to the Narrows, for they could not now get to the Long Island land so as to set me on shore. When we were nearly opposite the Battery I heard the noise of oars, and hailed ; was answered ; and I begged them to come alongside. It proved to be two vagabonds in a skiff, probably on some thieving voyage. They were very happy to set me on shore in the city for a dollar, and at half past eleven I was landed; and S.S. having given me his address, 66 Water-street, wither I went cheerfully, and rejoicing in my good fortune. I knocked and knocked, but no answer. I knocked still harder, supposing they were asleep, till one of the neighbours opened a window and told me that nobody lived there. I asked where lived Mr. S. Of that she knew nothing.

I was now to seek a lodging. But very few houses  were open. Tried at two or three taverns, all full; cruised along the wharf, but could find no place. It was now mid night, and nobody to be seen in the street. To walk about the whole night would be too fatiguing. To have sat and slept on any stoop would have been thought no hardship; but, then, the danger that the first watchman who might pass would take me up as a vagrant and carry me to the watch house, was a denouement not at all to my mind. I walked on, thinking that in the skirts of the town I might meet at that hour some charitable personne, who, for one or two dollars and l'amour de Dieu, would give me at least half a bed; but seeing in an alley a light in the cellar of a small house, I called and asked for a lodging; was answered yes; shown into a small garret, where were five men already asleep; a cot and sort of cover lid was given me. I threw open the window to have air, lay down, and slept profoundly till six. Being already dressed, I rose, paid for my lodging twelve cents, and sallied out to 66 Water-street, and there had the good luck to find Sam. alone. He led me immediately to the house of his brother Robert, and here I am, in possession of Sam.'s room in Stone-street, in the city of New-York, on this 8th day of June, anno dom. 1812. Just four years since we parted at this very place.