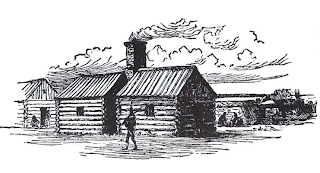 On June 26, 1812, Secretary of War Eustis orders General Dearborn to proceed to Albany to support General Hull in his offensive operations and invade Canada. They are to move in the direction of Niagara, Kingston and Montreal.  Eustis writes:

Having made the necessary arrangements for the defence of the sea-coast, it is the wish of the President that you should repair to Albany and prepare the force to be collected at that place for actual service. It is understood that being possessed of a full view of the intentions of Government, and being also acquainted with the disposition of the force under your command, you will take your own time and give the necessary orders to the officers on the sea-coast. It is altogether uncertain at what time General Hull may deem it expedient to commence offensive operations. The preparations it is presumed will be made to move in a direction for Niagara, Kingston, and Montreal. On your arrival at Albany you will be able to form an opinion of the time required to prepare the troops for action.

Dearborn will delay in moving against Canada.

Meanwhile, on the same day, an American innkeeper Abner Hubbard, two men and a boy  row out from Mullin's Bay in New York towards Carleton Island in the St. Lawrence River. The British have Fort Haldimand on the island. The island was supposed to have been ceded to the Americans under Jay's Treaty. On June 26, Abner Hubbard takes matters into his own hands. He leads his small force onto the island, captures the fort and takes the inhabitants as prisoners. No one is hurt in his invasion. His prisoners are also the first prisoners of the war. The island, which is about 2.8 square miles, will be retained by the Americans after the war. In 1817, it is annexed by the state of New York after objections from the British. Carleton Island is arguably the only territory acquired by any of the combatants in the War of 1812. Abner Hubbard succeeded in his invasion and in the conquest of part of Canada where Generals Hull and Dearborn failed.